Here are some of the best hints and tips for trade show booth design in all our years of making exhibit booths.

Designing your booth is part visual art, part psychology, part marketing, and part messaging. As attendees walk past your booth, you have a matter of only a few seconds to get their attention. If your booth is unattractive, most people won’t bother to find out what you’re selling.

2)  The Exhibit Booth Must Give an Instant Message that They Can Recognize.

Someone walking past your exhibit booth must be able to recognize what your company is about within 2-3 seconds. If a potential customer can’t figure out what you do, or what your company has to offer, within a few moments, they will keep right on walking past. Have you ever been at a trade show and stared at a booth to try to figure out what the company does? Do you end up asking them? In a limited amount of time, most people will just pass you by.

3)  Don’t Block People Out with a Trade Show Table or Other Barriers.

Having a table that provides a barrier between attendees and the rest of the booth provides a psychological barrier that isn’t very inviting. This is sometimes a booth setup problem rather than a booth design issue. Make sure that anyone doing booth setup knows to not create artificial walls that block people out. Sometimes it’s not a table, but portions of the display that create an artificial distance that is not inviting to people.

This is a much less common problem than blocking people out, but it does happen sometimes. Don’t make people walk into a “tunnel” or “cave” in order to see your products unless it’s absolutely necessary. Some companies need to show their products in dimmer lighting. One example is a company that sells projectors; they may need to create a tunnel or cave effect in order to block some of the ambient light.

But if at all possible, make sure your booth is open and inviting. Many attendees will hesitate to enter anything that is cave or tunnel-like. It may make them feel claustrophobic, or they may worry that they will be trapped by sales people!

5)  Keep the Booth Open and Inviting.

Having no visible barriers to the trade show design invites people to come in and look.

In sum, think about the psychology of people and movement when designing or setting up your exhibit booths. Make sure you are allowing people to enter your space by making them feel they are not invading your space…and that they can easily leave your space. 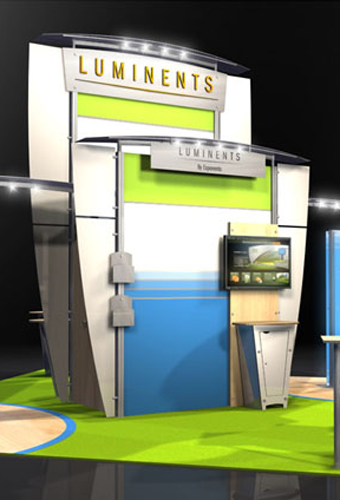 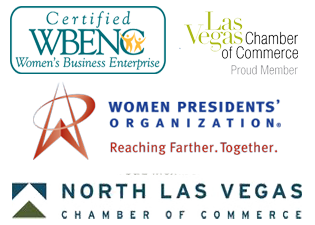